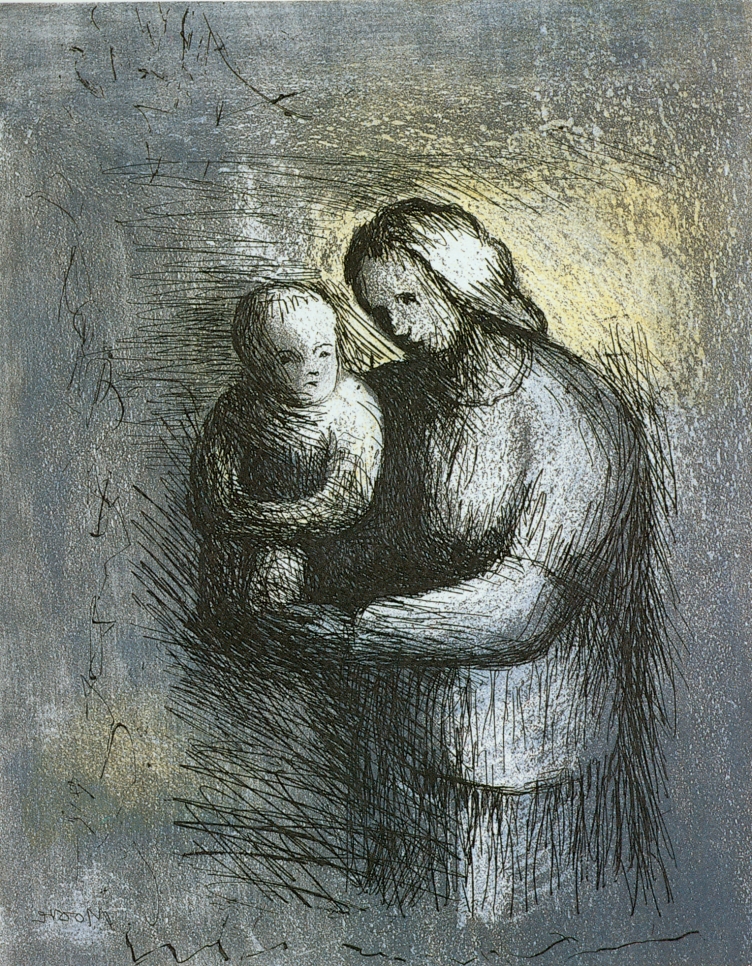 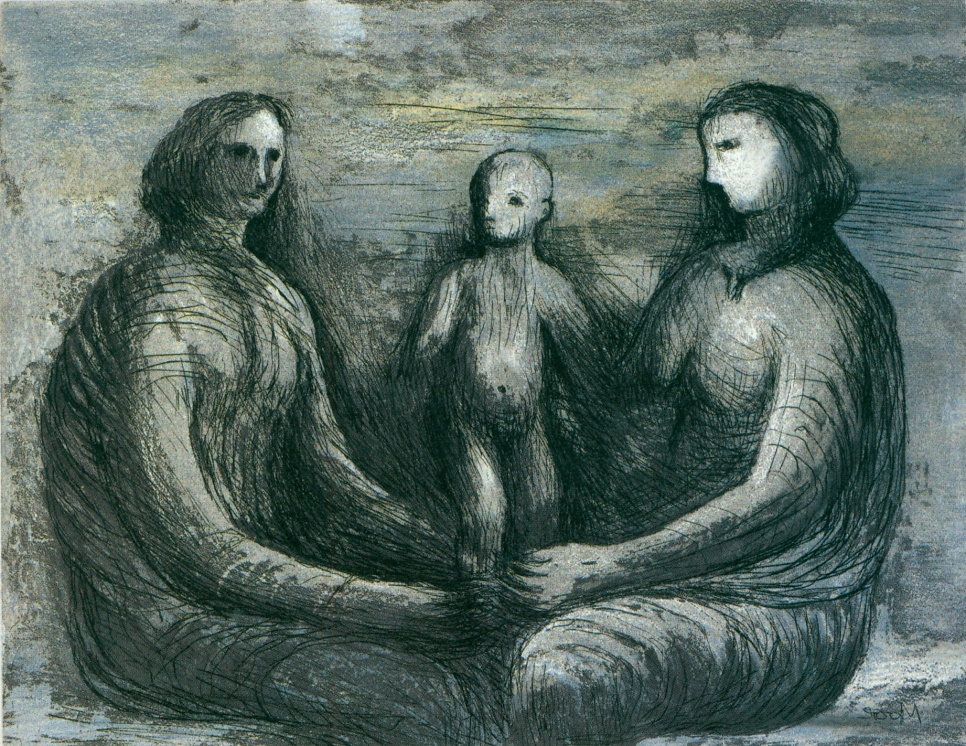 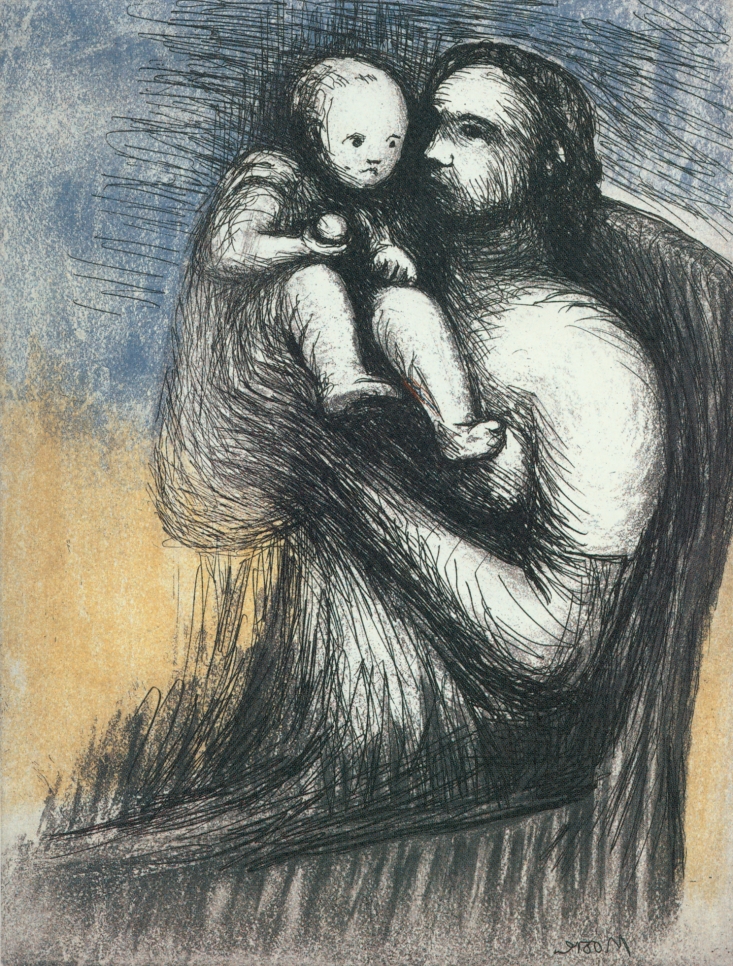 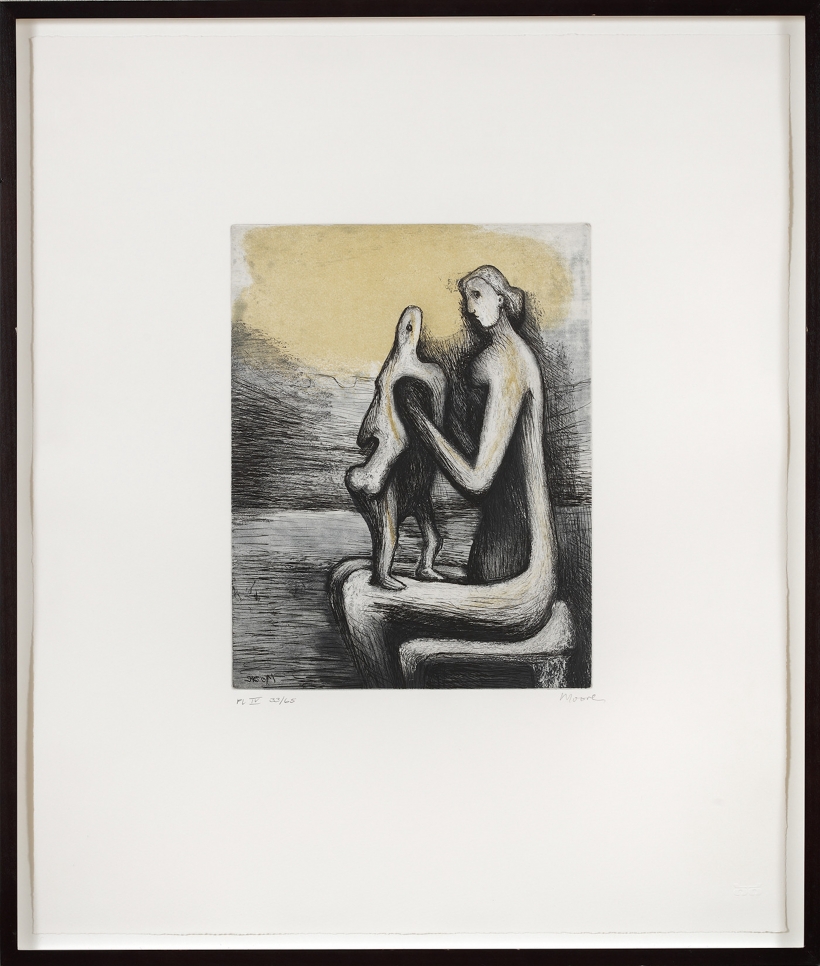 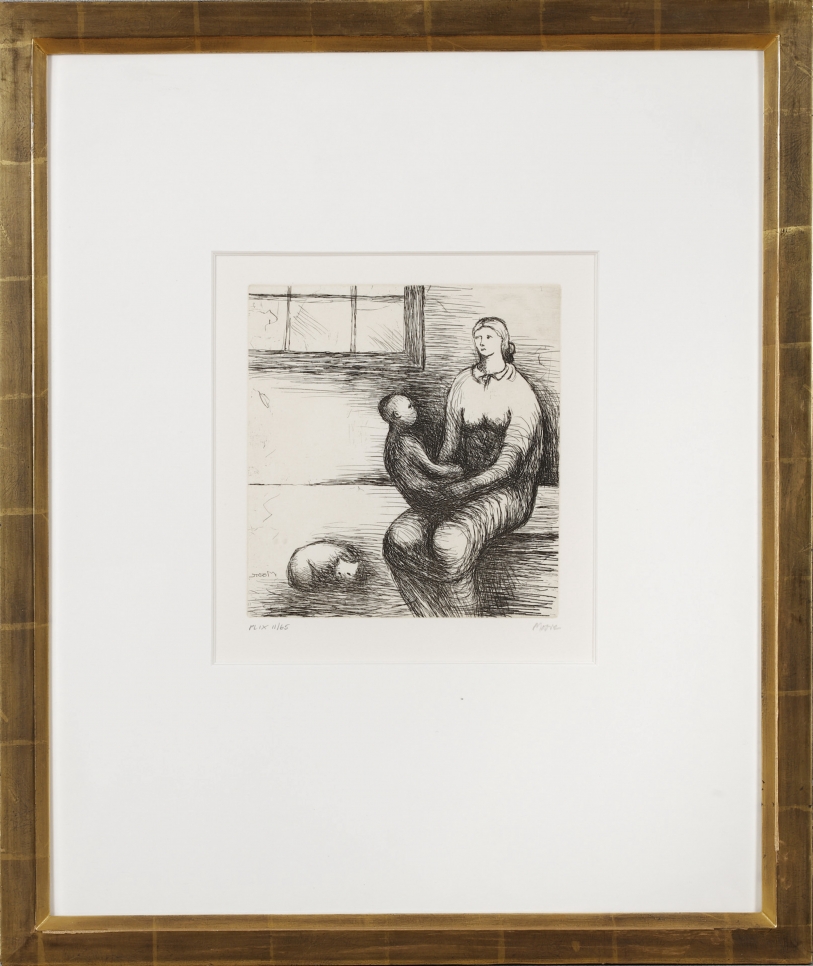 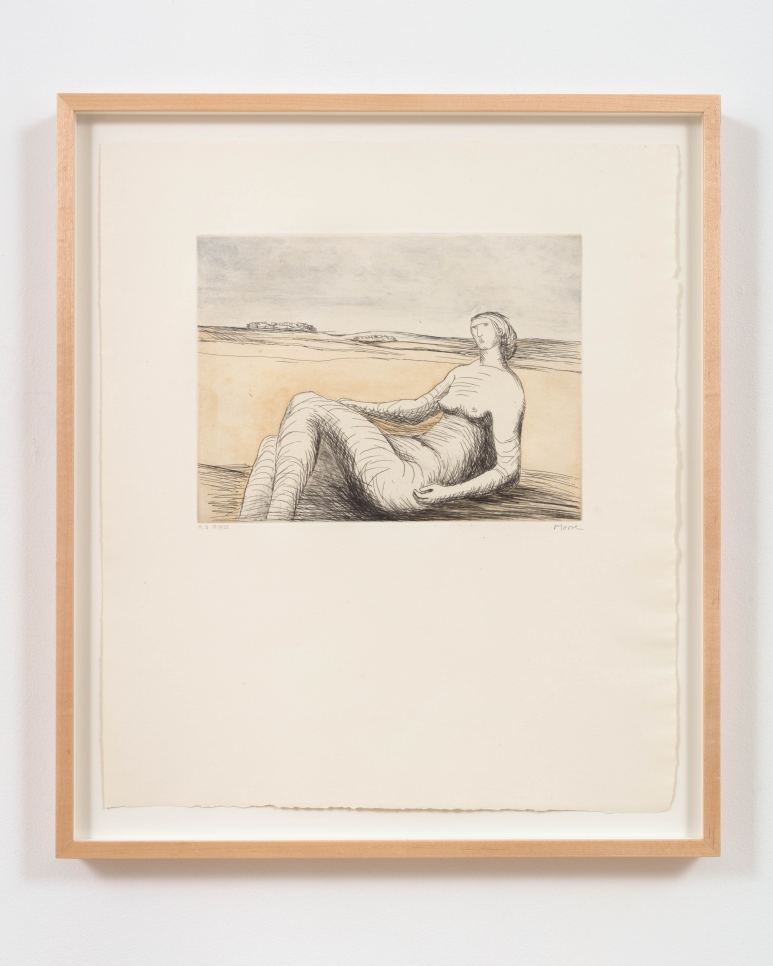 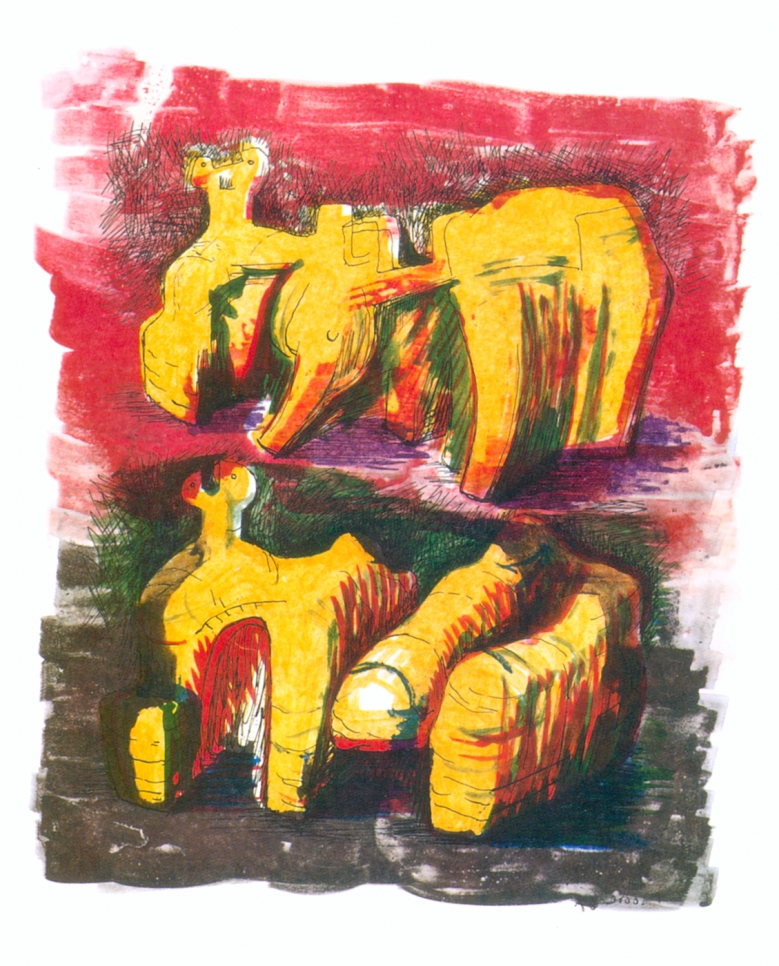 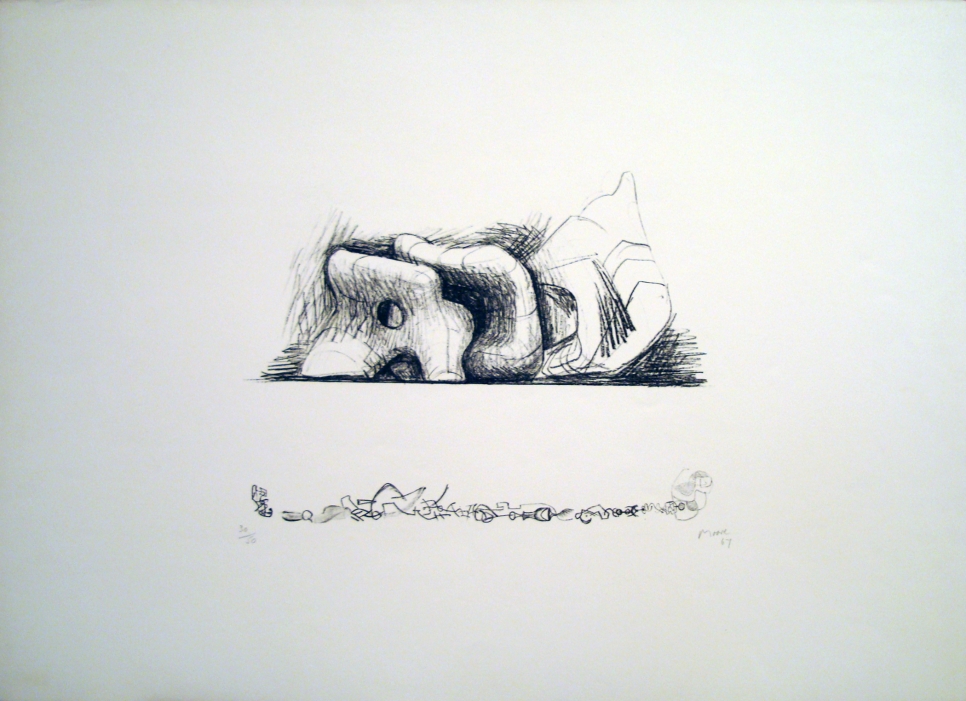 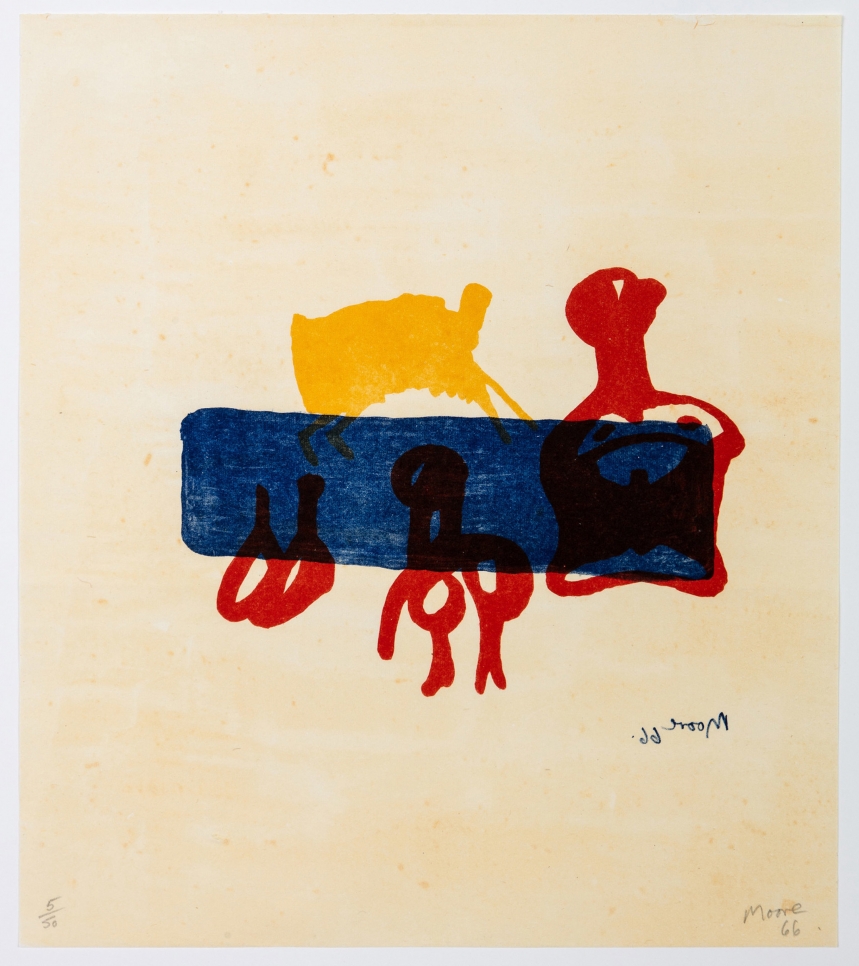 Born on July 30, 1898, in Castleford, London, Henry Moore harbored an early desire to become a sculptor. After serving in the military, Moore accepted an ex-serviceman's grant to attend the Leeds School of Art and subsequently received a scholarship to attend the Royal College of Art in London. In 1940 Moore was named Official War Artist of World War II and obtained commissions to execute drawings depicting underground bomb shelter living; in the few years that followed he concentrated almost entirely on drawing. Though sculpture was Moore's primary interest, he created a substantial amount of drawings and graphics, particularly during the second half of his life.

Moore produced his earliest prints in the form of linocuts in the 1930’s, but it was not until 1950 that he formed the first of his major graphic portfolios. Thereafter he continued to make both lithographs and etchings regularly, often using several plates in one composition. In his portfolios one can sense a concentration of creative energy. As in his sculptural works, Moore’s prints contain his most familiar themes: the reclining figure and the subject of mother and child.