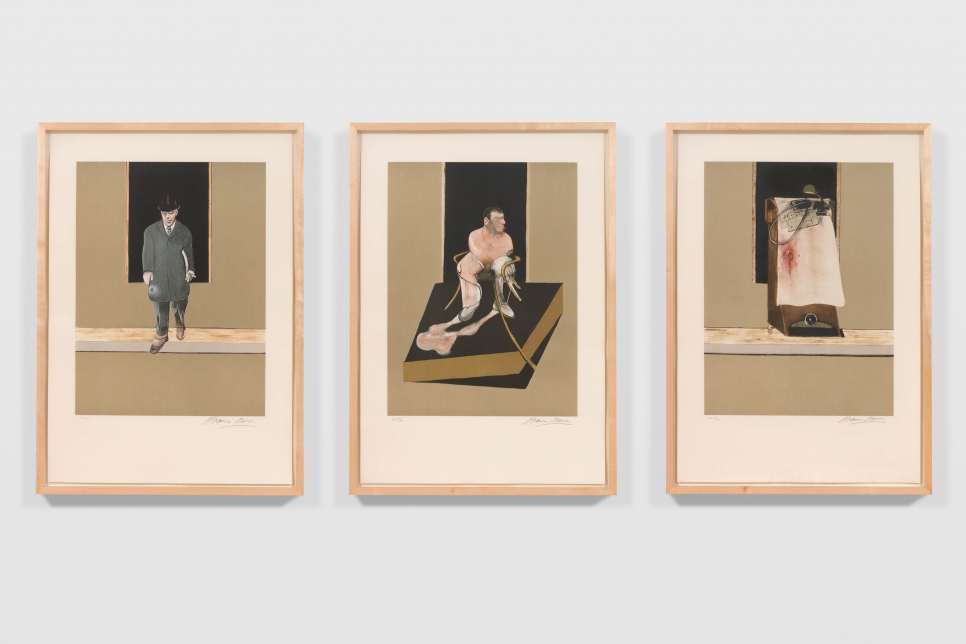 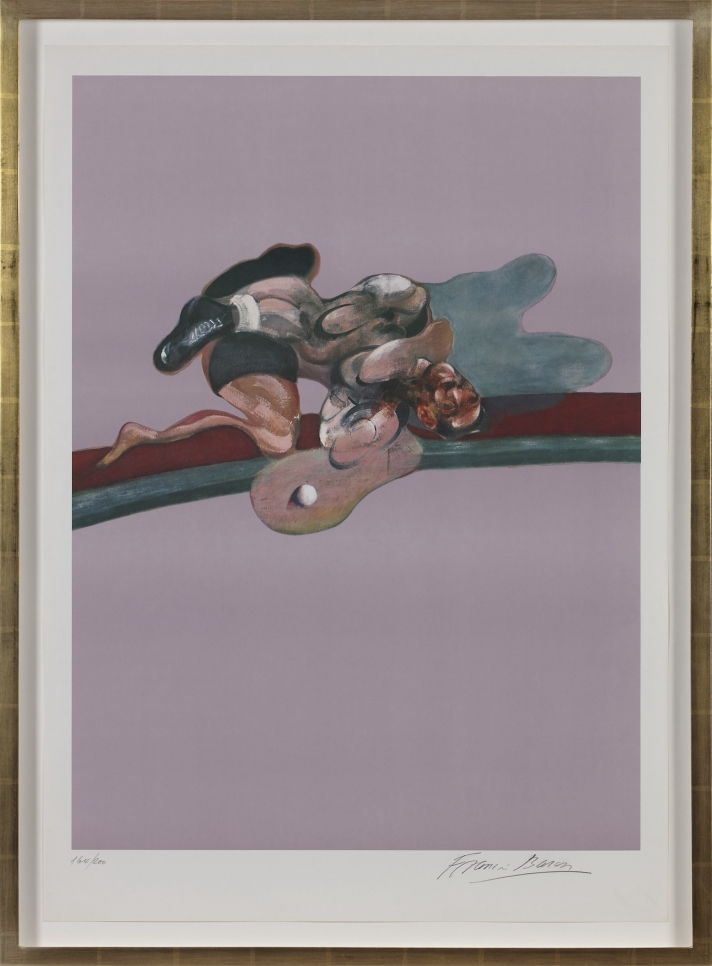 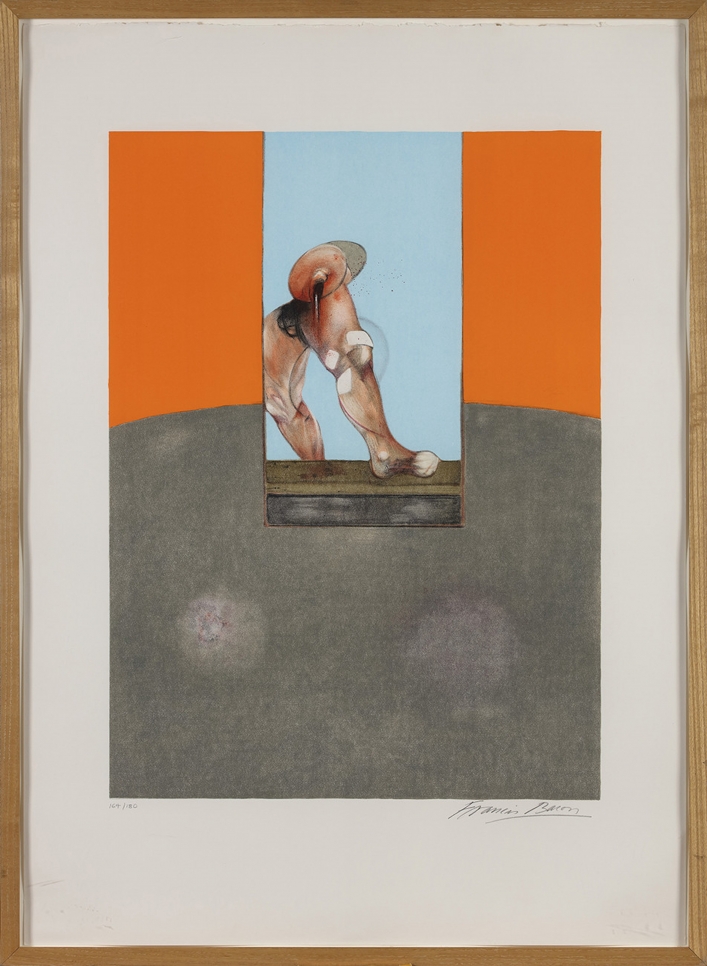 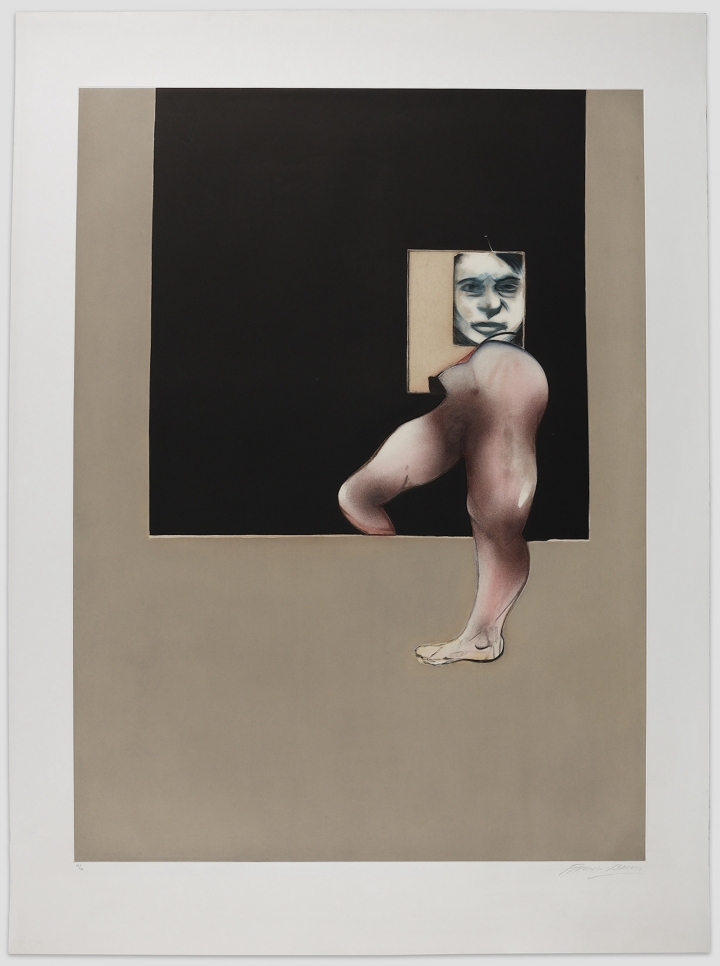 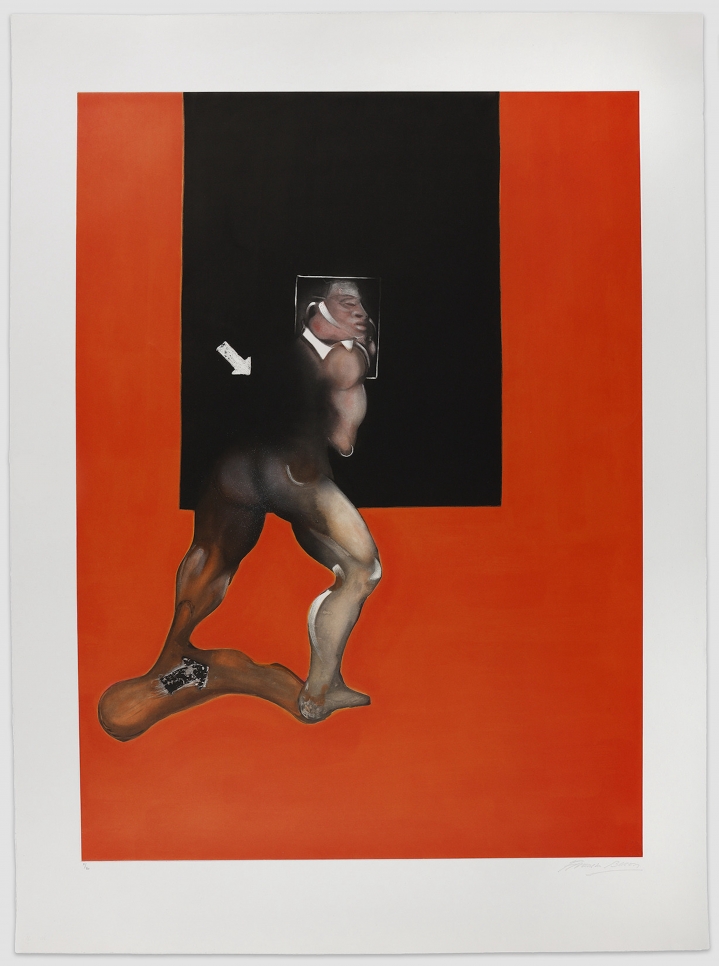 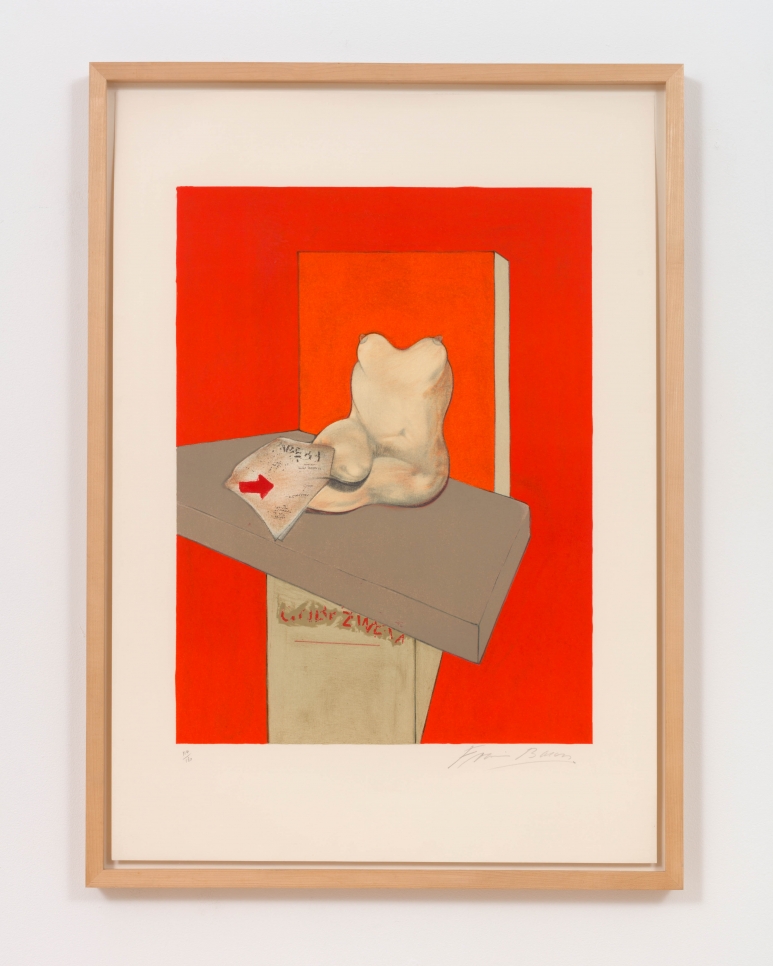 Francis Bacon
Study for the Human Body from a Drawing by Ingres, 1982-84 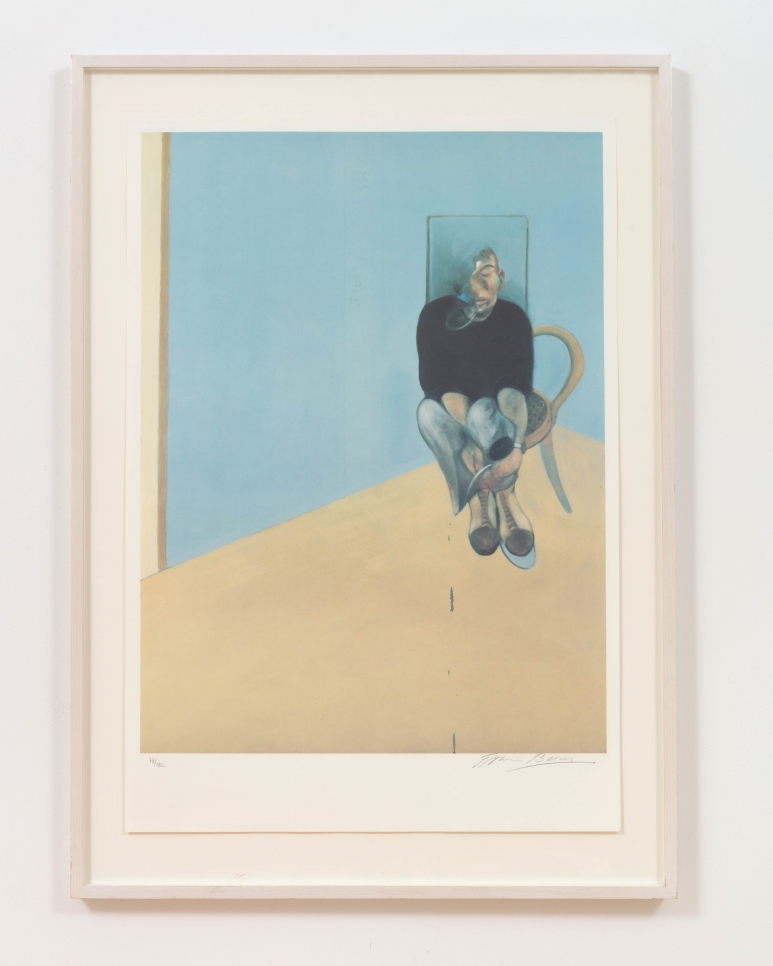 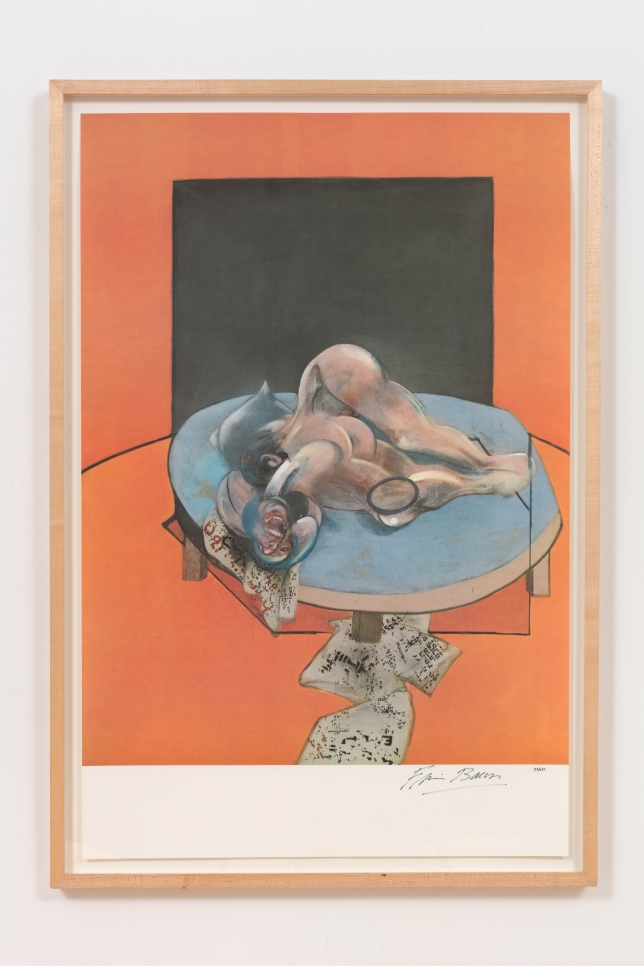 Born in Dublin, Ireland in 1909, this prominent British painter and printmaker created controversial art until his death in 1992. Despite the fact that he did not receive formal training, Bacon gained instantaneous recognition in 1945 after an exhibition at Lefevre Gallery in London that included his 1944 triptych Three Studies for Figures at the Base of a Crucifixion. Bacon's figures can be described as distorted, fleshy masses in anguish; these shocking and unsettling images are his representation of the evils and the devastation of the human condition. Bacon's oil paintings simultaneously repel and intrigue the viewer with their bold, grotesque figures. This paradox remains consistent with his print work, which he based on a selection of thirty-five of his own paintings dating from 1965-1991. Bacon worked with skilled printers to create his relatively small body of etchings and lithographs that total only about 40 editions.