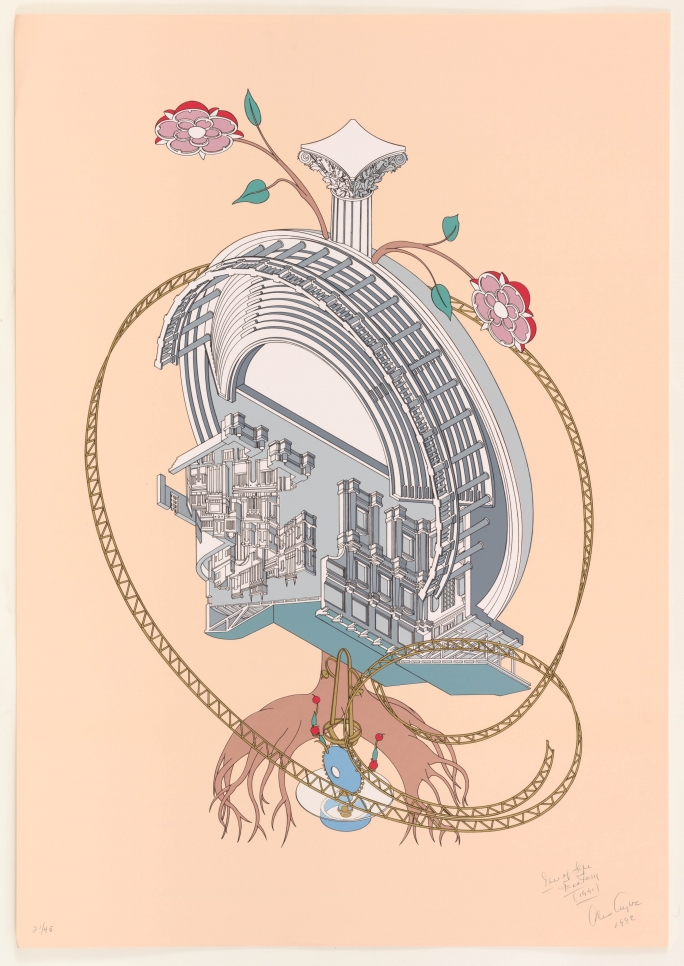 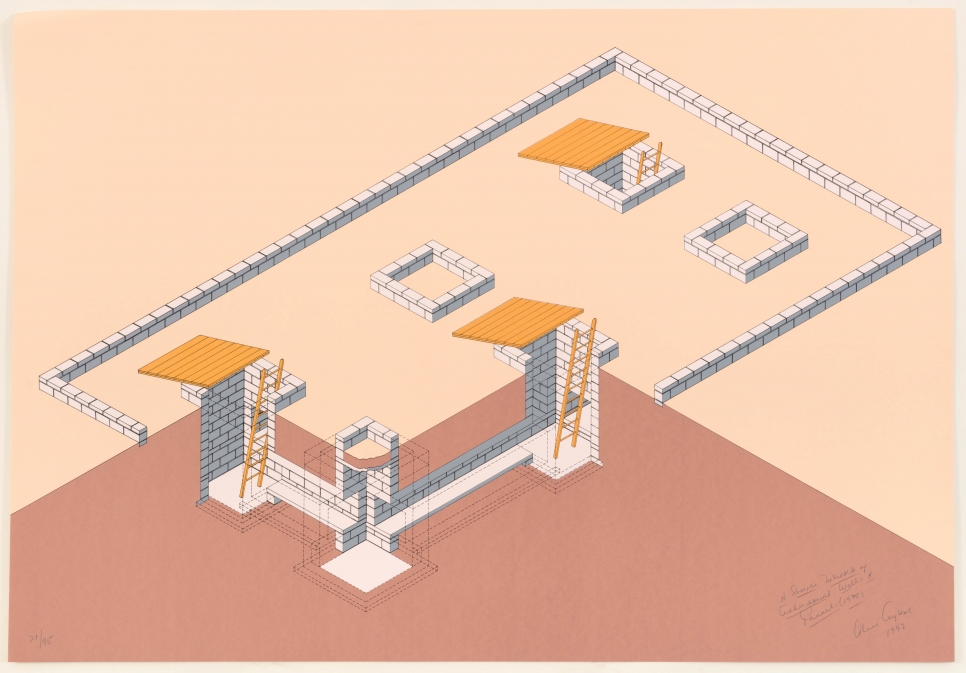 Alice Aycock
A Simple Network of Underground Wells and Tunnels, 1975 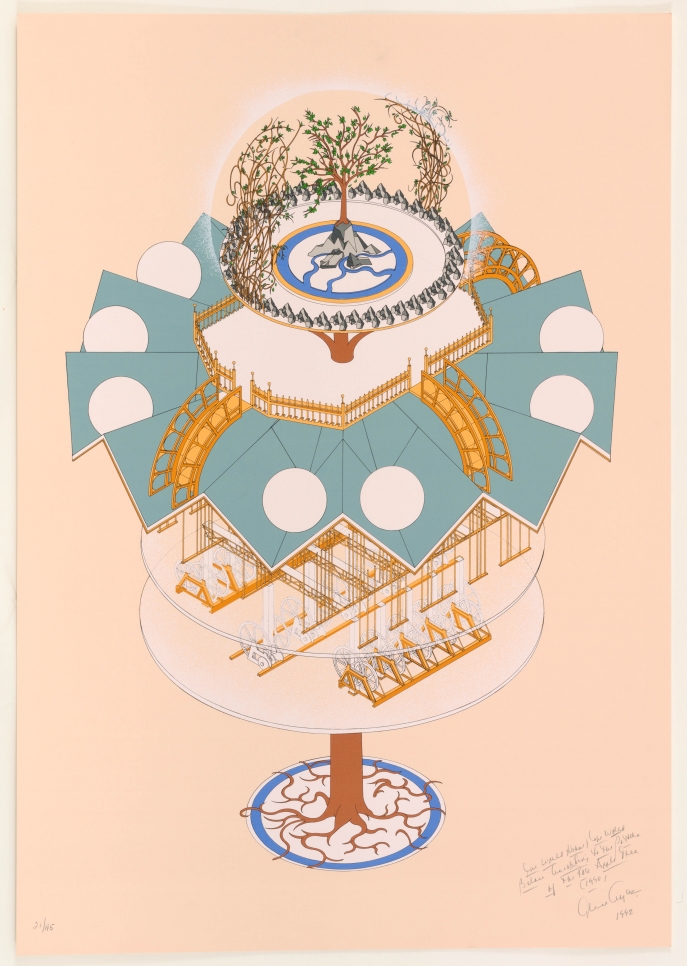 Alice Aycock
The World Above/The World Below According to the Pattern of the Rose Apple Tree, 1990 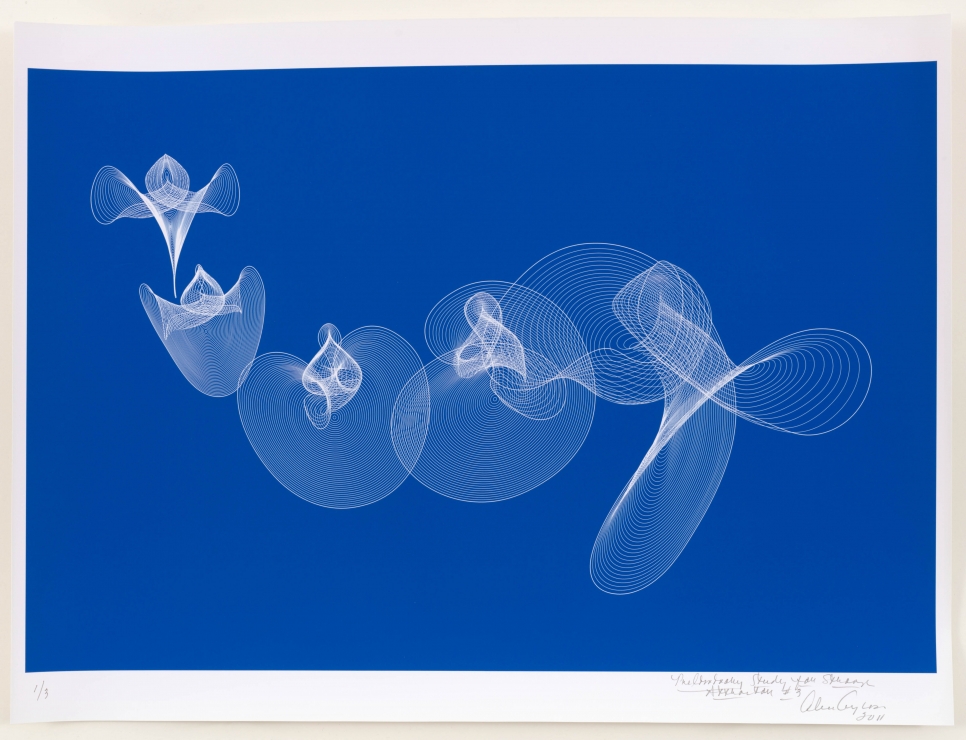 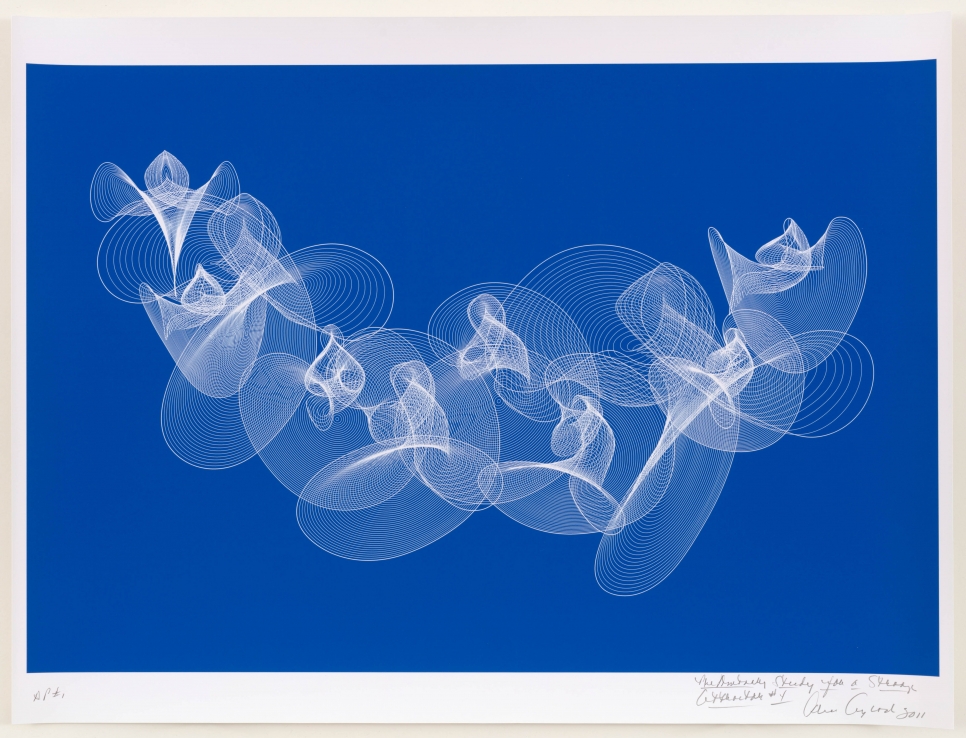 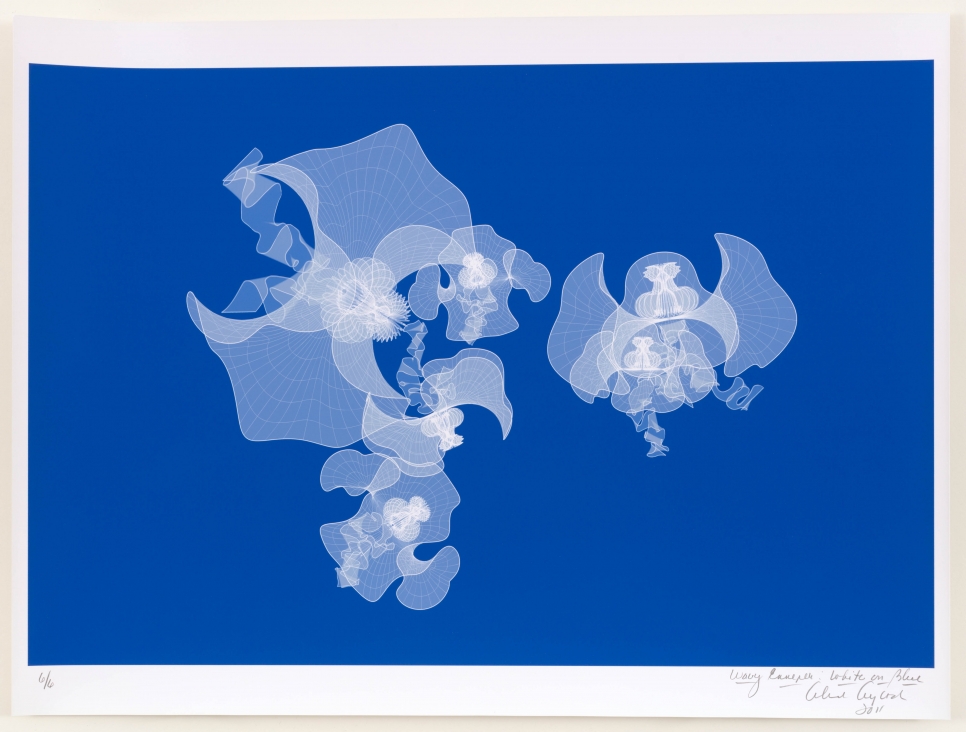 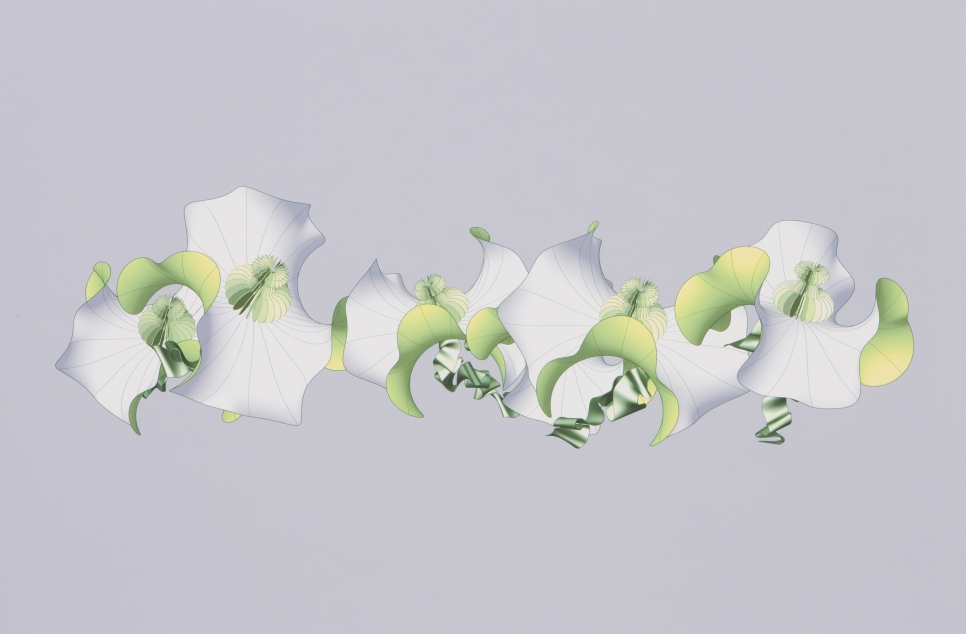 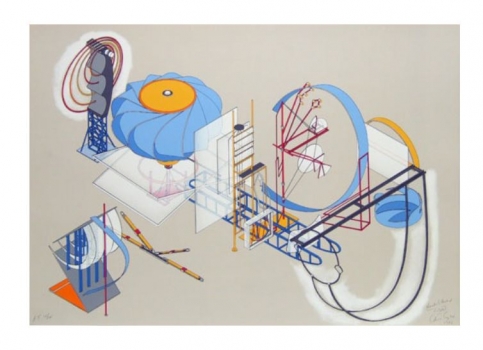 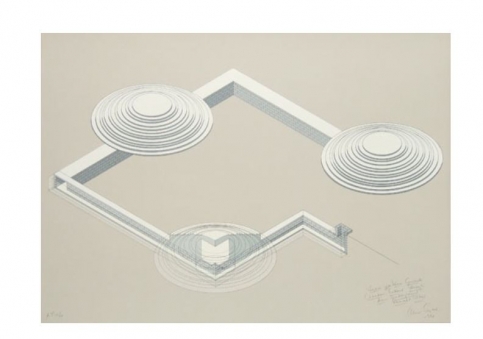 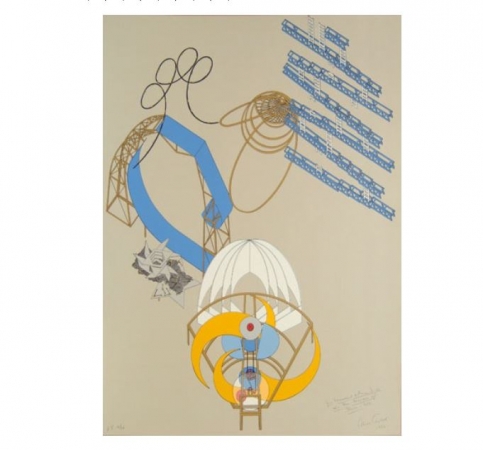 Alice Aycock
The Thousand and One Nights in the Mansion of Bliss, 1983 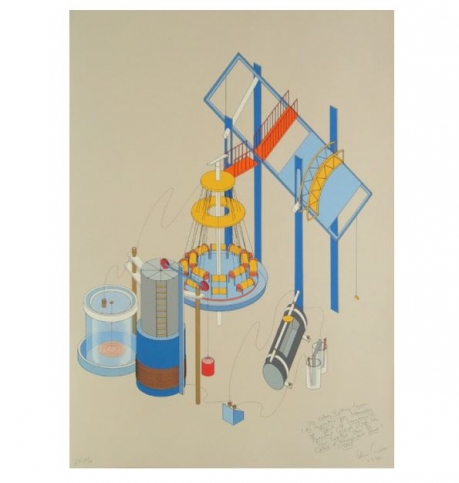 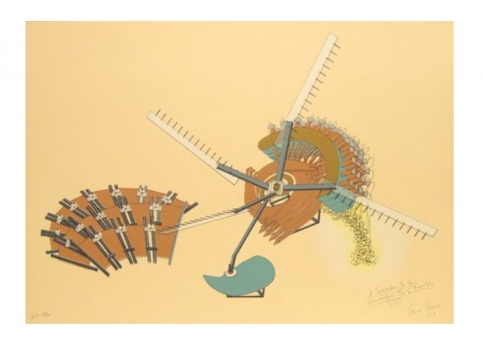 Alice Aycock
A Salutation to the Wonderful Pig of Knowledge, 1984 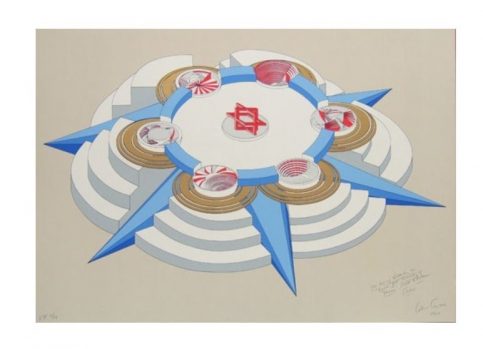 Alice Aycock
The Six of Pentacles to Know all Manner of Things, Past and Future, 1986 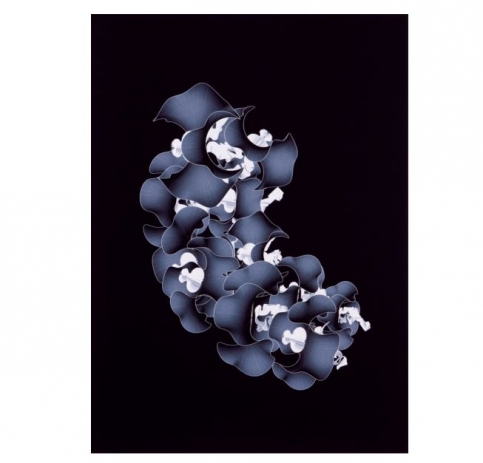 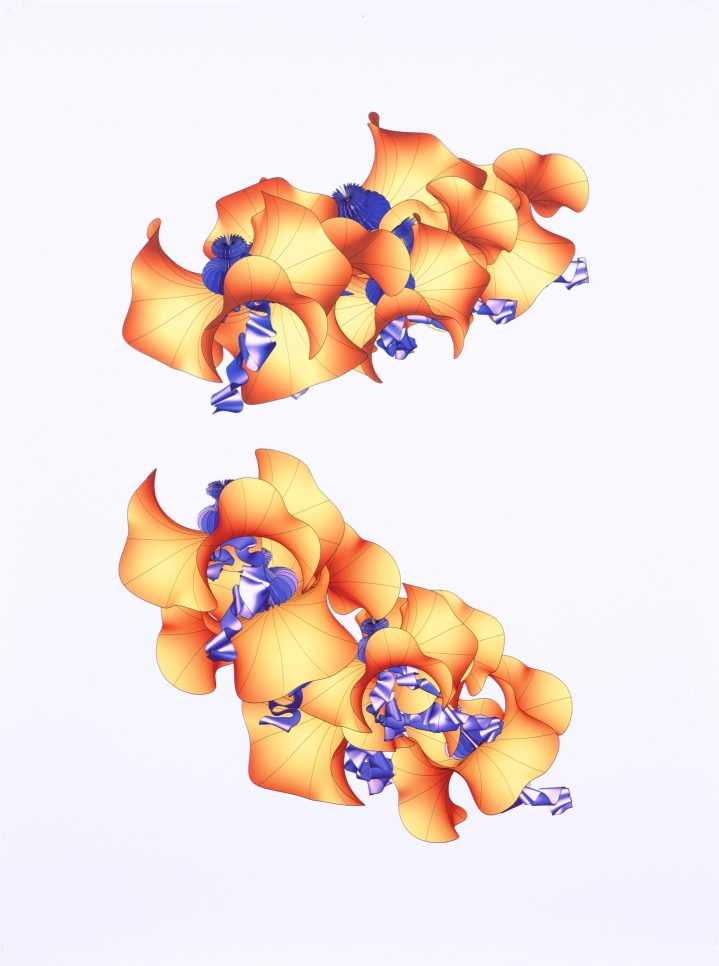 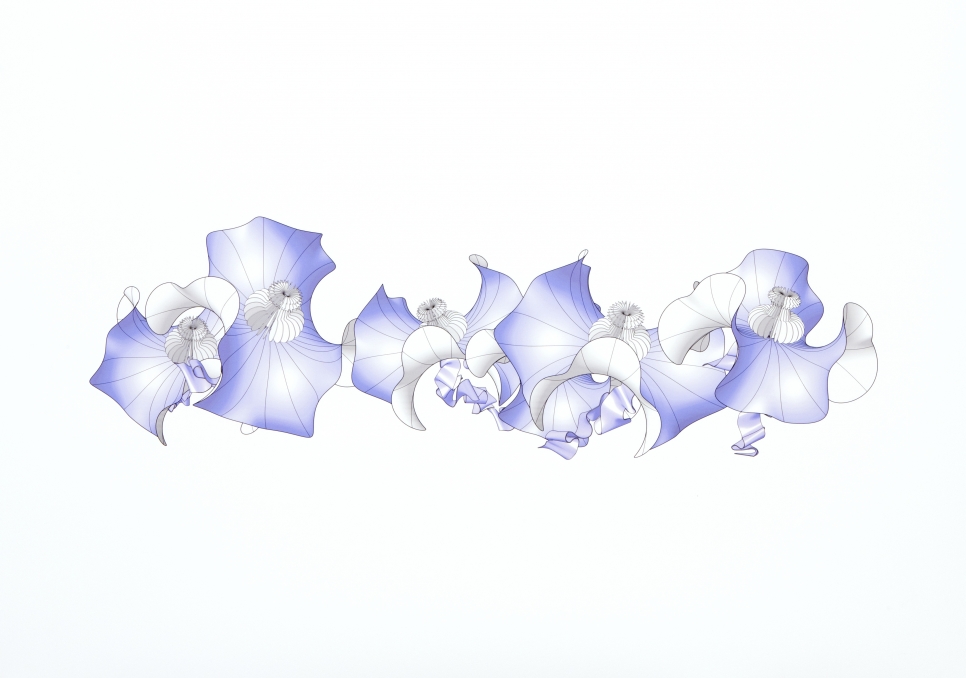 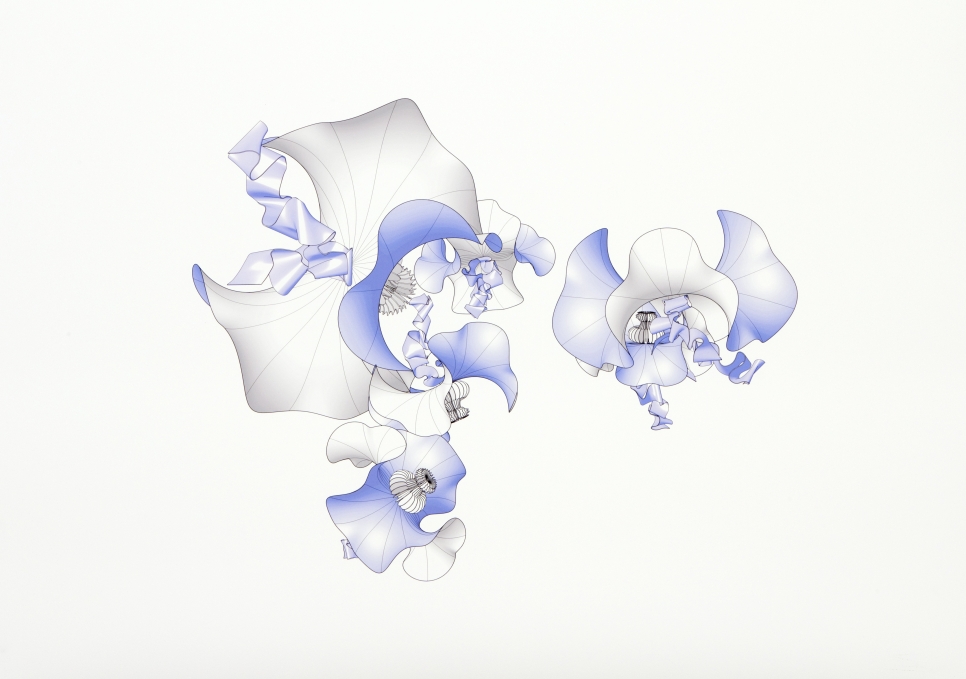 Alice Aycock has lived in New York City since 1968. She received a B.A. from Douglass College and an M.A. from Hunter College. She was represented by the John Weber Gallery in New York City from 1976 through 2001 and has exhibited in major museums and galleries nationally as well as in Europe and Japan. Currently, she is represented by Marlborough Gallery, New York, and Galerie Thomas Schulte, Berlin. She had her first solo exhibition of new sculptures with Marlborough in the fall of 2017. Her works can be found in numerous collections including the Museum of Modern Art, the Whitney Museum, the Brooklyn Museum, the LA County Museum, the National Gallery of Art, the Sheldon, Storm King Art Center, the Louis Vuitton Foundation, and the Sprengel Museum in Hannover, Germany. She exhibited at the Venice Biennale, Documenta VI and VIII, and the Whitney Biennial.

She has had four major retrospectives. The first was organized by the Wurttembergischer Kunstverein in Stuttgart in 1983 and traveled to Kolnischer Kunstverein Koln; Sculpturenmuseum Glaskasten, Marl; Haags Gemeentemuseum, Den Haag; Kunstmuseum Luzern. In 1990, the second retrospective entitled Complex Visions was organized by the Storm King Art Center in Mountainville, New York. In 2013, a retrospective of her drawings and small sculptures was exhibited at the Parrish Art Museum in Water Mill, New York coinciding with the Grey Art Gallery in New York City. The retrospective traveled to the Art, Design & Architecture Museum at the University of California, Santa Barbara, and the Santa Barbara Museum of Art in 2014. A fully illustrated catalog, Some Stories are Worth Repeating, with an essay by Jonathan Fineberg accompanied the retrospective. She received the International Association of Art Critics Award for this exhibition. Most recently, works from 1971 through 2019 were exhibited at the Sprengel Museum in Hannover, Germany, and a comprehensive catalog was published as well.

Aycock’s drawings and sculptures of architectural and mechanical fantasies exist as “intersections of logic and imagination.” Her early work focused on associations with the environment, where her pieces were often built into or onto the land.

In September of 2005, MIT Press published the artist’s first hardcover monograph, entitled Alice Aycock, Sculpture and Projects, authored by Robert Hobbs. She has received numerous awards including four National Endowment for the Arts Fellowships. Aycock was a member of the New York City Design Commission from 2003 to 2012 and she has also been appointed to the GSA’s National Register of Peer Professionals. She received the Americans for the Arts Public Art Award in 2008 for Ghost Ballet for the East Bank Machineworks in Nashville, Tennessee. She was inducted into the National Academy, New York City, in 2013. Aycock has taught at numerous colleges and universities including Yale University (1988-92) and as the Director of Graduate Sculpture Studies (1991-92). She has been teaching at the School of Visual Arts in NY since 1991 and was a visiting artist at Maryland Institute College of Art in Baltimore from 2010 to 2014. The International Sculpture Center presented her with a Lifetime Achievement Award in Contemporary Sculpture in 2018, and she received an Academy of the Arts Achievement Award in Visual Arts from Guild Hall in March 2019.